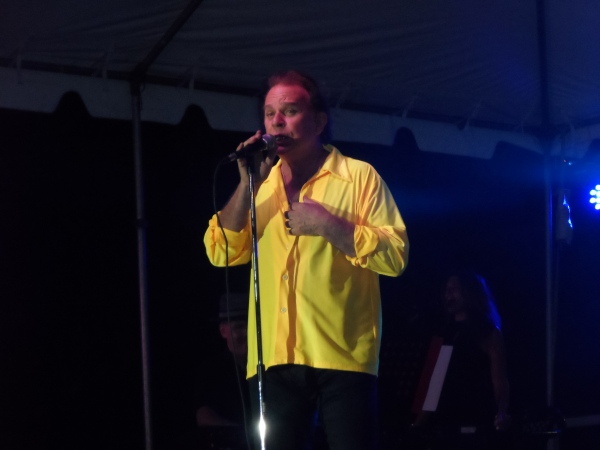 One of my all time favorite artists, Lou Christie, gave a free show in Long Branch, New Jersey, last night. It was a perfect August night, warm, no humidity, and romantically shared with my husband.

This has to be at least the sixth or seventh time we saw Lou and it just keeps getting better and better. First, the band was off the hook! The sound was amazing and Lou was still hitting those high notes and his back-up singers, The Crayons were right on the money. It was like listening to a record and then some, that’s just how PERFECT it was.

This was the first time Lou didn’t open up with my favorite “I’m Gonna Make You Mine,” but saved it for next to last, followed by his biggest hit, “Lightning Strikes.”

Other songs included “The Gypsy Cried,” “Two Faces Have I,” “Love is a Many Splendid Thing,” “Theme from a Summer Place” (which brought tears to my eyes), and “Beyond the Blue Horizon,” which I recognized that one right off the bat and gave a little yell. Lou acknowledged me and said, “I like that one too!”

My husband and I gave Lou several standing ovations. I think of all the performances we saw, this could be close to my favorite. He added some new songs to the set which added to the excitement. And he joked around a lot with the crowd. He acknowledged “the wine lady” — who is a friend of mine, Louise, who brings him wine and has been following his shows since the 1960s! I met her last summer at another Lou Christie show and we have since become friends on Face Book.

Me on the left, with Debbie (center) and right, Louise (the wine lady)

Prior to Lou’s performance, it was announced there was a special guest in the audience, Robert John, who had a hit in 1979 with “Sad Eyes (Turn the Other Way).” He came onstage and lip-synched to his hit. 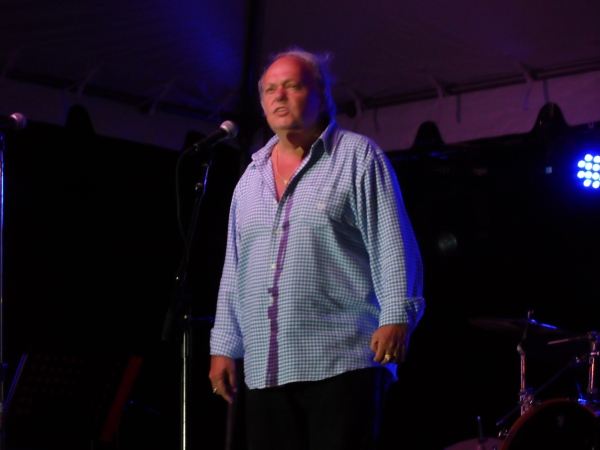 And so cute that a guy in the audience had a poodle and a parrot. Where did he sit? Right next to me — the ultimate animal lover!

How cute is this?!

After the show, my husband and I decided to take a walk near the water and we found this cool boat that went with the theme of the night. Can you guess what the theme was? Look at the picture, then figure out before you look at the caption 🙂

Maryanne Christiano-Mistretta is the author of “On the Guest List: Adventures of a Music Journalist” available on Amazon: http://www.amazon.com/gp/product/162903908X

Her third book, “The Gypsy Smiled” was inspired by Lou Christie and will be published in 2016.