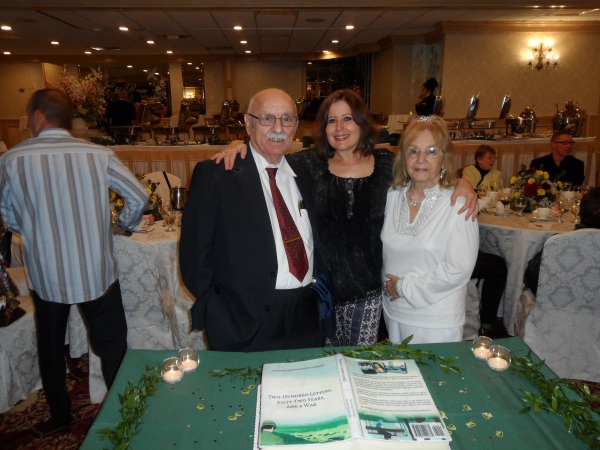 Last year I helped Domenic and Antoinette Lombardi write and publish their book “200 Letters, 62 Years and a War” which was their love story. Soon after they started dating, Domenic went to serve in the Korean War. During that time, he wrote Antoinette 200 love letters. The couple recently celebrated their 62nd anniversary.

I sat with them as they told me their story and I ferreted through 200 love letters Domenic wrote Antoinette, as well as his diaries. The book was published by Next Century Publishing last year, followed by their book release party, which I blogged about: https://maryannemistretta.wordpress.com/2015/11/23/book-party-for-antoinette-and-domenic-lombardi/

On March 17, 2016, the Florham Park Eagle published their story in print and online. I’m honored and humbled that Domenic and Antoinette gave me such a generous mention: http://www.newjerseyhills.com/florham_park_eagle/news/florham-park-couple-s-book-tells-love-story-amid-korean/article_ca1c2158-4ed1-5328-9ec1-55401512b5d1.html

Maryanne Christiano-Mistretta has been helping clients write (and publish) their books since 2008. In addition to Domenic and Antoinette Lombardi, her clients include Clerks actor, Scott Schiaffo and soap opera writer, Scarlet Cassadine, to name a few. She can be reached at: maryannechristiano@gmail.com

I’ve been a fan of Mike Moat since the 1980s and last year was the first time I saw him perform since then (blog about performance, January 2015: https://maryannemistretta.wordpress.com/2015/01/18/mike-moat-golden-reflections-eternally-elvis-show-paramus-nj/). After the show ended, Mike Moat and I joked that we’d see each other again in 25 years when we’re in our 70s. And he actually remembered that conversation from last year — I was shocked when I approached him and he said, “It’s not twenty-five years yet!” And that’s the best part of going to see a Mike Moat show — he, his wife Debbie and daughter Michelle treat their fans like family. They are such warm, wonderful people and great talents.

My favorite songs from last night’s Elvis show were “Suspicious Minds,” “How Great Thou Art,” “Can’t Help Falling in Love with You,” and “You Gave Me a Mountain.” I’m all about the Elvis power ballads. He also did the Elvis standards, “Jailhouse Rock,” “Love Me Tender,” and “Teddy Bear.”

Mike Moat changed costumes twice, wearing gorgeous replicas of the outfits Presley wore during his Las Vegas years. And once again, his back-up band was incredible.

He ended the Elvis show with “An American Trilogy.”

After the Elvis show, Mike Moat changed customs and returned to the stage, dressed down in black, wearing a newsies caps and the band, Golden Reflections, played hits from the 1950s through the 1980s. Michelle Moat opened the show with a killer version of Pat Benatar’s “Hit Me With Your Best Shot.” And Debbie Moat performed a gorgeous version of Ronnie Spector’s “Be My Baby.”

There were many other great songs throughout the show; my husband and I danced to a few also. But my absolute favorite part of the evening was hearing, live, “Don’t Pull Your Love” by Hamilton, Frank, & Reynolds — one of my favorite 1970s songs, ever! To listen to a song you love so much, done to perfection, wow, what an unexpected thrill!

For more information on Mike Moat: Eternally Elvis and Golden Reflections, visit their website at: http://www.mikemoat.com/ 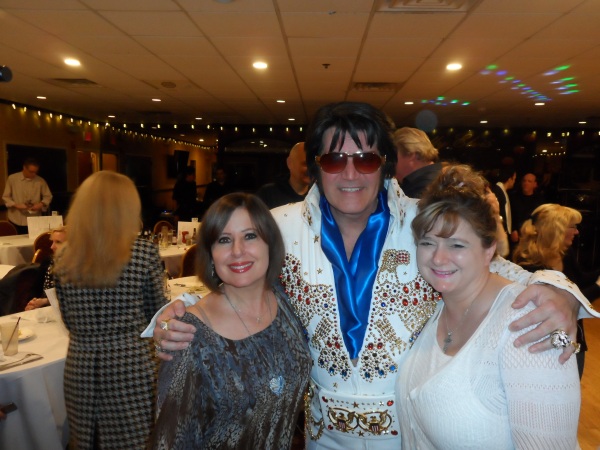 From left, me, Mike Moat, and my beautiful sister Kim 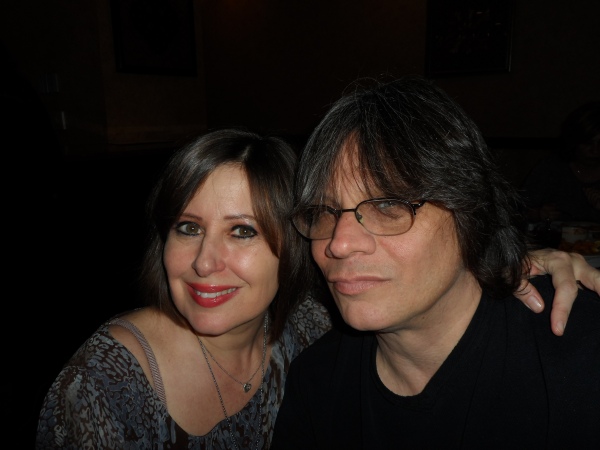 Loving the show with my husband Dennis

Maryanne Christiano-Mistretta is an international author. Her fiction book “The Gypsy Smiled” features a character who is an Elvis impersonator, available on Amazon: https://www.amazon.com/Gypsy-Smiled-Maryanne-Christiano-Mistretta/dp/1545447470

This winter was an unusually mild one for New Jersey, with only one snowstorm.

Now I’m a gal who loves all the seasons, so I love living in New Jersey, but I must say I favor the clothes you get to wear in the spring, summer, and autumn. It’s just so liberating to not be wearing hats, scarves, and boots, though they are cute for a season.

So, spring is almost here, and so comes all the simple pleasures that spring brings: more work because people get motivated, more luncheons with the girls because people want to get out and enjoy life, car shows, bike rides, using the bird feeder again, looking for four leaf clovers, opening the windows, and so on.

Is it spring yet in your area? What do you favor about the spring?

Maryanne Christiano-Mistretta is the author of “Love Cats” — available on Amazon in Kindle and paperback versions: http://www.amazon.com/gp/product/1681020513

It’s Customer Appreciation Day and in honor of such great support since 2008, I’m having some giveaways on all my Facebook business pages. Pear Tree Enterprises (https://peartreeenterprises.wordpress.com/) has been in business since 2008. I’m an author, ghost writer, book editor, and public speaker. I am also the founder of ROAR (https://respectouranimalsrights.wordpress.com/) and a Young Living Oils distributor.

My first book: “On the Guest List Adventures of a Music Journalist” http://www.amazon.com/gp/product/162903908X

Here are my four business pages on Facebook. All you have to do is “like” the page and on the page leave a comment why you want to win! You can enter one or all! CONTEST ENDS March 4, 2016 sometime in the morning, which is when the winners will be randomly chosen!

On the Guest List: Adventures of a Music Journalist: https://www.facebook.com/On-the-Guest-List-Adventures-of-a-Music-Journalist-266002553560468/?fref=ts