Archie wasn’t PC — but his lessons were learned via REAL humor, not hate

I am friends with one, two, three, at least, couples who have an autistic child; and had the honor to write articles about their triumphs and struggles. Years ago, people who had autism were referred to as “retards.” Sadly, it’s an ugly word that people are using today, especially in the political sense when they disagree with people. The word “Libtard” (meaning that a person who has liberal views is retarded) is ugly. I don’t do ugly.
I am not a “snowflake” as I’m been called. Nor am I PC obsessive.I just have compassion and will definitely stand up to something I don’t think is right, especially when I see it in my news feed.
Years ago, you had celebrities joking around name calling, like on the Dean Martin Show and on All in the Family. But in the end, the one who was wrong was made the buffoon and a lesson was taught. Just like in modern shows like “Superior Donuts” and even going back a few years to the movie “Zac & Miri Make a Porno.”
On these television shows and movies, everyone is in on the “joke” and they are written with humor — not hate. There’s a punchline, people laugh, and no one is bullied.
Hatefully using a word, comparing a person to someone with autism is more than not right — it’s scary, condescending and insulting on so many levels. What really gets me is that I’ve heard so many parents say it. How would they feel if their son or daughter was autistic and they had to hear that nasty word on a regular basis?
I do not have children, but I’ve spoken to friends who have and both Republicans and Democrats views and agree that it’s not cool to say that unkind word.
I’m just really shocked at how many other parents think that word is “okay.”
It’s NOT okay.

I couldn’t believe my eyes when I saw the email that my third book that I’ve been shopping around for almost a year was going to be published — traditionally!

My first two book efforts were self-published, which was an incredible experience in itself. I am forever grateful for making the effort of putting out two of my own books. It was exciting hiring good friends to do the cover and to proofread. And then be in charge of my own marketing experience, getting myself on radio stations, in libraries, and record stores for book signing events. What a ride!

“The Gypsy Smiled” is in a unique category, music fiction. I did not invent that genre, as I’ve seen it used before. Last year I sent it out to several publishers and then waited.

And when I least expected it, I was contacted by a traditional publisher! My book will be published and available all over the world in the next three to six months!

So, not to be secretive, but I’d rather stop here and when the book is published, I’ll talk about it — especially how super cool my publisher is!

All I will say, at this point, to anyone — don’t give up on your dreams! Keep believing in yourself and enjoy every bit of the ride. I mean, the chances of being published traditional are pretty slim; and I am so humbled to be one of the fortunate ones.

You just have to love what you do, whether you are successful or not. Love every minute of the process: the writing and the writer’s block; the success and the rejection letters; the praise as well as the bad reviews … and the long days where it seems like nothing is happening, because it really IS; the universe is just getting all the ducks in order for you to start shining.

It happened to me, and it could happen to you!

On the Guest List: Adventures of a Music Journalist: https://www.amazon.com/Guest-List-Adventures-Music-Journalist/dp/162903908X4 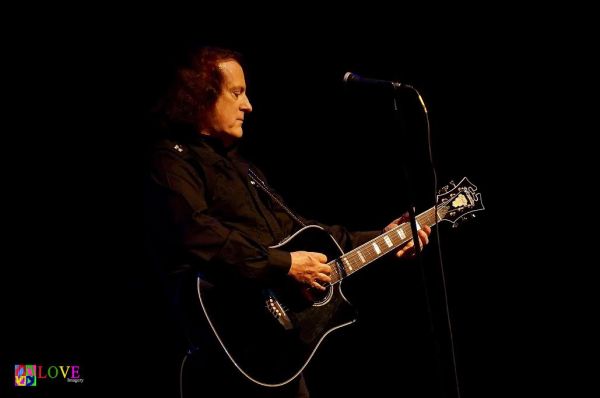 Tommy James, said he is “very honored” to be inducted into the NJ Hall of Fame, which will be held in Asbury Park in May. The Cedar Grove iconic musician has 23 gold records, nine platinum albums, and over 100 million records sold worldwide.

James’ music is heard in 31 films to date and numerous television shows including “Breaking Bad,” “Criminal Minds,” “The Goldbergs,” and “Aquarius.” You can also hear James’ songs in commercials. His “Crystal Blue Persuasion” is now the theme song for Crystal Cruise Line.

Born in Ohio and brought up in Michigan, James has been living in New Jersey almost 45 years. He’s lived in Clifton, and now resides in Cedar Grove. “I love it in New Jersey,” he said. “The weather’s moderate. The people are fun. It’s right by New York, where I have to be. I don’t think I can operate anywhere else. You’ve got the ocean, New York, Philadelphia. You’re in the center of the universe. Nothing is like New Jersey.”

While James has spent such a long time in New Jersey, he’s been in the music business even longer – 50 years! Regarding his endurance in the biz, he said, “I look at three generations of people in concert audiences. The music has never not been on the radio. I’ve been very blessed.”

James started playing music when he was 4-years-old and his grandfather brought him a ukulele. “I learned everything I could,” he said. “I started singing right away.”

His mom, who played piano, got James an acoustic guitar after he saw Elvis on TV. “The ukulele went out the window,” he said jokingly.

In addition to Elvis Presley, James was greatly inspired by the first generation of rock ‘n’ roll. “Gene Vincent … Buddy Holly,” he said. “Then The Beatles came along.”

Always encouraged by his folks, James taught himself to play acoustic, then graduated to playing an electric at the age of 10. He started his first band at 12, and got his first gig at 13. James graduated high school in 1965 and by 1966 his first hit, with The Shondells, “Hanky Panky” exploded.

As a writer of so many hits, James says that inspiration for a song can come from anywhere. “I’m always looking on billboards for a little phrase,” he said. “I like to start with chord progression and it will tell you where it wants to go. ‘Crimson and Clover’ started with a title.”

He feels lucky to have had so many other notable musicians’ interpretations of his music. “I’m very flattered,” he said. “It’s always interesting to hear how another artist covers your songs.” His favorite is Prince’s version of “Crimson and Clover.”

James’ critically acclaimed autobiography, “Me, the Mob, and the Music,” was listed on Rolling Stone magazine’s “Best Music Memoirs” and is now in the development for a film, with producer Barbara De Fina, whose credits include “Goodfellas,” “Casino,” “Cape Fear,” “Color of Money,” “Hugo,” and the most recent, Martin Scorsese’s new film, “Silence.”

Matthew Stone just finished the screenplay for the film. His credits include “Intolerable Cruelty,” “Man of the House,” and “Big Trouble.”

James may have a cameo appearance in the film. “I may be a corpse,” he said jokingly, referring to his career which is now spanning 50 years and still thriving.

Now working in the studio on a new album, “Alive,” James expects an April release. “This is an album with eight new songs and four remakes,” he said, “A lot of nice little surprises.” One of the surprises includes an acoustic remake of “Crystal Blue Persuasion.”

Being able to thrive in the music business for 50 years and still have fun makes James feel so lucky. He said, “It’s been an amazing journey to be a lifer in this business. The fans, and the good Lord, I thank for the longevity and staying focused. That has meant a lot.” 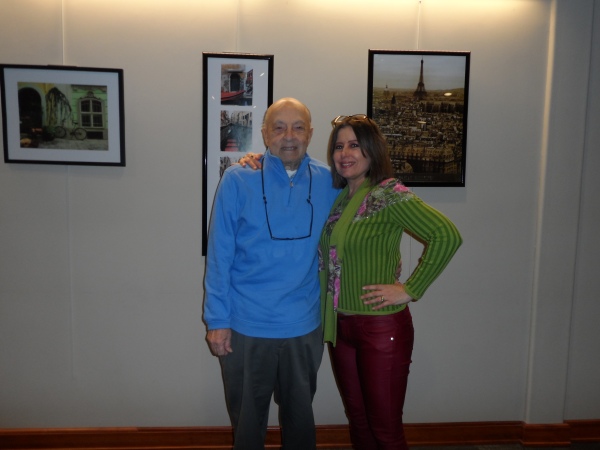 I think it’s every creative person’s dream to see one of their school teachers in their audience. Today, February 13, 2017, I didn’t realize one of my teachers was in the audience when I gave the lecture, “The History of Valentine’s Day” at the Fairfield Library, Fairfield, New Jersey.

After the lecture, I spent some time speaking with audience members. And after mentioning that Cedar Grove was one of the towns I grew up in, an audience member asked if I attended North End grammar school, because he was a teacher there. Turns out he was my sixth grade teacher, Mr. John Sabbak!

When we put two and two together, I was almost in tears. He was really one of my favorite teachers; such a nice man!

I gave Mr. Sabbak a big hug and then his lovely wife took our photograph. The Sabbaks are not online, so they gave me their home address and I promised to send a print of the photograph to them. Mrs. Sabbak said she was going to frame it!

Mr. Sabbak even remembered me from back then; that I was very quiet. (Even my own mother doesn’t remember me being quiet! Now don’t get me wrong, I am not a chatterbox, but I am definitely not quiet — as a public speaker, you can’t be!)

In the modern day of the internet when you reconnect with people via Facebook, it’s an incredible surprise when someone important from your past shows up — when you least expect it.

Maryanne Christiano-Mistretta is a writer and public speaker in New Jersey. To view her programs, visit: https://peartreeenterprises.wordpress.com/

Thanks so much to Fran Larkey and the Caldwell Library for hosting my book reading/signing for my second book, “Love Cats” — available on Amazon in paperback and Kindle editions at: https://www.amazon.com/Love-Cats-Maryanne-Christiano-Mistretta/dp/1681020513

Portions of today’s sales will benefit Farm Sanctuary in Watkins Glen, N.Y. on behalf of my non-profit animal rights organization, R.O.A.R. (Respect Our Animals’ Rights). Follow us on Facebook at: https://www.facebook.com/respectouranimalsrights/