While many people jumped on the Queen band wagon after seeing the film “Bohemian Rhapsody,” I was a fan since 1975, just after their album “A Night At The Opera” came out. I loved the music so much, I went backwards and got their prior albums, “Queen” and “Sheer Heart Attack.” Note that it took me some time before I found “Queen II” because back then you couldn’t order from Amazon. You physically had to go to a record store. Each week, I’d got to Korvettes and actively seek Queen II.  I was thrilled when I found it and FINALLY had the complete set of Queen albums. To this day, almost 45 years later, I favor Queen’s first five albums.

In the late 1990s I was writing for several NYC news publications, mainly The Westsider and The Chelsea Clinton News (which covered the Chelsea and Clinton areas of NYC).

When I reviewed the play, “Mercury: Life of a Rock God” it dawned on me … lyrics in the song “Great King Rat,” written by Freddie Mercury were a foreshadowing of what was to come with Freddie’s failing health, and eventually death. I had to write that in my article because it was something a true Queen fan couldn’t overlook.

“Great King Rat died today
Born on the twenty first of May
Died syphilis forty four on his birthday.”

Both syphilis and AIDS are transmitted by unprotected sex. And Freddie Mercury died at the age of 45, one year older than his Great King Rat character. It truly is a bizarre coincidence. And a sad one. But Freddie Mercury wouldn’t want to be remembered with pity. Far from a “rat” — he truly is the Great King (make that the Great Queen!) Let’s remember him that way!

After the success of the movie “Bohemian Rhapsody” it dawned on me how sustainable Queen has been in their career. I think back to the 1970s when I was a kid and recall how hard it was to find a Queen record or a poster. Now there’s Queen memorabilia everywhere. I recently got a Freddie Mercury Bobblehead doll. Just Goggle “Queen” and you will not come up empty handed at all. Collector’s rejoice! Thanks to the overwhelming success of Queen, if you want something, you got it.

While it was Freddie Mercury who said, “I’m not gonna be a star, I’m gonna be a legend,” it was actually Roger Taylor who predicted the band’s success with his lyric in “Modern Times Rock ‘n’ Roll” …

It’s pretty safe to say that Queen is now a household name. But back in 1973, when Queen’s first album debuted, who would have known? In the song “Modern Times Rock ‘n’ Roll” Taylor could have been talking about any band or any rock star, but it was his band Queen that manifested the magic of the song and made it way over the top!

“The Night Comes Down” also on Queen’s debut was written by Brian May in 1970 shortly after Queen formed, following his break-up with Smile. Brian May admitted to being a Beatles fan, and there seems to be a nod to The Beatles and “Lucy in the Sky with Diamonds” in the song with the following lyric:

When I was young it came to me; And I could see the sun breaking; Lucy was high and so was I…

In the past year, due to all the success of “Bohemian Rhapsody” there was a Lucy who was high, right along with Brian May. That would be Lucy Boynton who played Mary Austin in the film. How crazy is that? What are the chances of an actress playing Mary Austin having the same first name as someone written in a song by Brian May 50 years ago?! 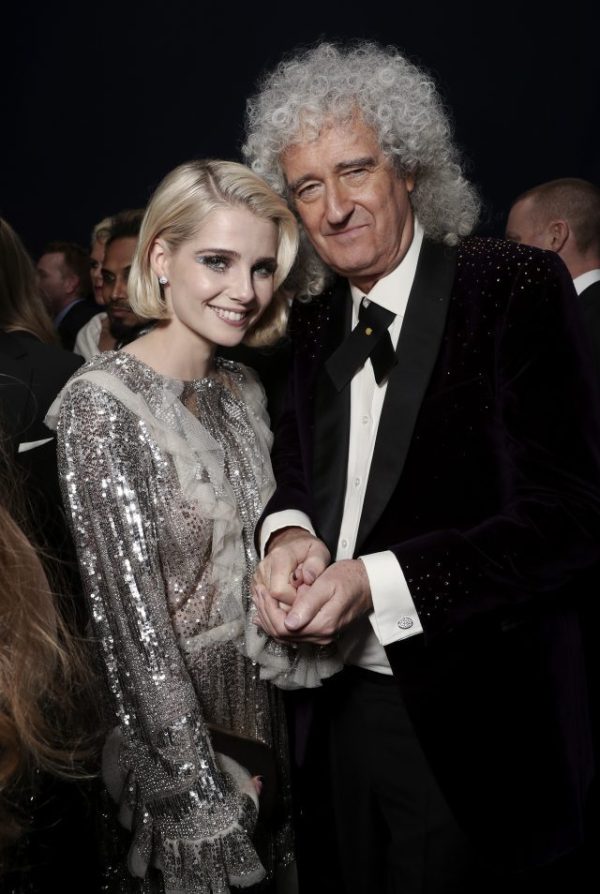 There is one more crazy Queen coincidence that I can’t take credit for, but other Queen fans will appreciate if they have all the albums. I saw this in a letter in Circus magazine after “A Night at the Opera” came out. I am so sorry I can not remember the letter writer’s name, but this is something incredible he figured out. If you count all the Queen songs, in order, from the first Queen album to “A Night at the Opera” you will discover that Brian May’s song “39” is the 39th song recorded.

You can not make this stuff up!

Queen fans, comment below … Are there any more coincidences you’ve noticed Queen’s career that manifested from their lyrics?

She is available for blogging, ghost writing, writing, and motivational speaking engagements. She is the author of the following books (which both mention how she was inspired by Freddie Mercury):

“Be (Extra)Ordinary: Ten Ways to Become Your Own Hero” will be available October 2019. To pre-order, go here: https://kicamprojects.com/shop/be-extraordinary/