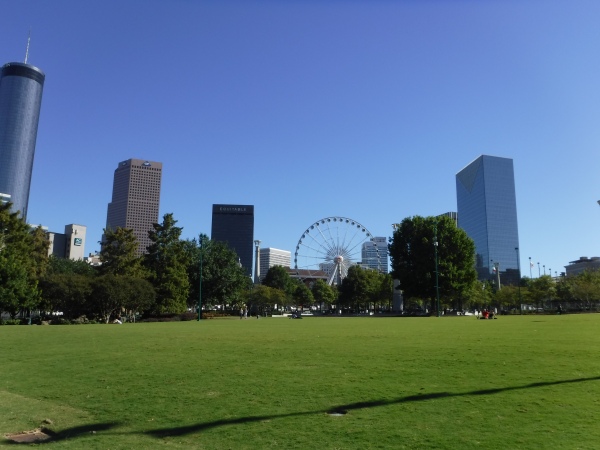 Some time ago I wrote that after nine years of being self-employed, I started working in the editorial department at a magazine. That said, I went on my first business trip with the company. My days were very full, but I had free nights. Being the music lover I am, the first night I had dinner at the Hard Rock Cafe (now I’ve been to three — Atlanta, NYC, and Atlantic City). 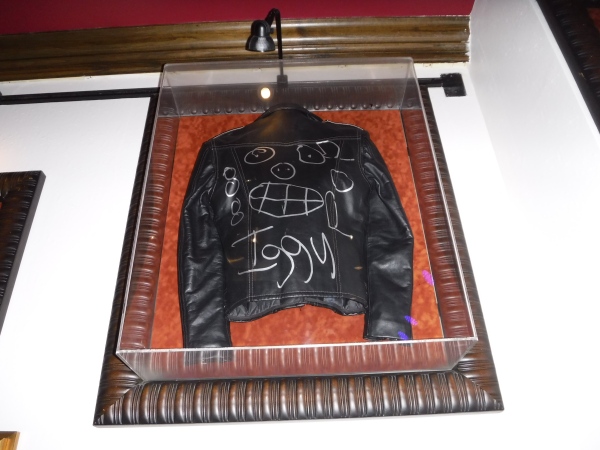 Being a big Iggy fan (more so for his solo efforts than The Stooges), seeing his leather was a notable for me. Other great items were outfits by Tina Turner, Stevie Nicks, and Steven Tyler, plus a Led Zep concert ticket that never happened because of the death of John Bonham. 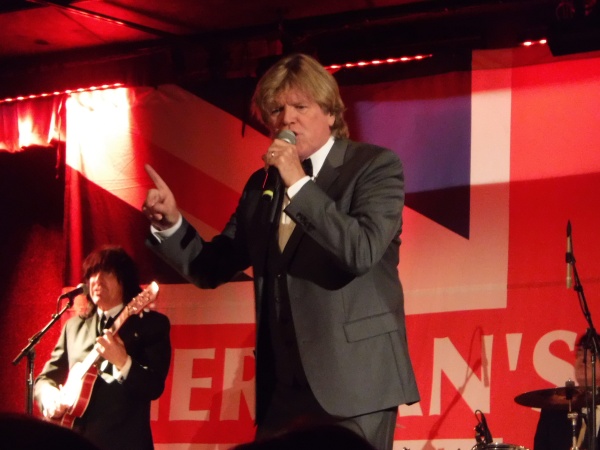 Now, before I even got on the plane, I had it in my head that I was going to see Peter Noone at the City Winery, Atlanta. This was about the 6th time I saw him and Noone just keeps getting better and better. He did all his hits: “Dandy” “No Milk Today” “Something Good” “Listen People” “Mrs. Brown You’ve Got a Lovely Daughter” “Henry the 8th” and “There’s a Kind of Hush.” And hits by many others, plus imitations of Johnny Cash and Mick Jagger, because in addition to great music, Noone is a very funny guy. He makes his way into the audience a few times, shaking hands and taking photographs with fans. His energy is electrifying! The place was jam-packed and everyone was having a blast.

I gave Mr. Noone several standing ovations throughout his performance; and he even shook my hand during the show.

After the performance, fans were lined up to meet and greet. I opted out because my jet lag was so bad I was seeing blurry (without even drinking alcoholic beverages!)

Nevertheless, it’s always fun to see a live show when you’re out of your area! I wonder if I was the only Jersey Girl in the audience that night?

Maryanne Christiano-Mistretta is a full-time associate editor; and a three-time author. Her third book “The Gypsy Smiled” (which has a rock ‘n’ roll theme) is available at Amazon: https://www.amazon.com/Gypsy-Smiled-Maryanne-Christiano-Mistretta/dp/1545447470