Wow, when I look back at 2019, I have a huge smile on my face! I mean, I am glowing! It was filled with lots of love and stellar career moments. I am forever grateful that it happened. Below, I share just some of the highlights–after all, a girl’s gotta be private about some things!

My year started off on the most amazing note. I was only in Toastmasters a few months and I won “Best Speaker” for my deliverance of a David Bowie Tribute I wrote, which I gave on January 10, 2019 — three years after his sad death.

This was the only month of the year that sucked. We had to put down our beloved Bennie cat. He was a feral who was only 3-years-old. We took him in the summer of 2018. The vet checked him out and we were told he had FIV and wouldn’t live long. Sure enough, a few months later he was diagnosed with a brain tumor. It broke our hearts; my husband and I were devastated to lose such a sweet, loving cat.

Shortly afterwards, a few friends passed away too. It was a bad, bad month for so many.

It’s always a blessing to have great friends around to cheer you up!

Maryanne and Jayne (aka Romy & Michele) in NYC!

I was so honored to be a part of an anti-bulling club! Sara Liptack of the Little Free Library, Westfield, New Jersey, invited me to her home to discuss my book, “I Don’t Want to Be Like You” with young readers in the Westfield neighborhood.

Say “yes” to acai bowls and “no” to bullying! (Photo by Sara Liptack)

During the month of May, my husband and I welcomed our newest family member, Sammy! I adopted him from St. Hubert’s in Madison, New Jersey. Sammy is 9-years-old and he spent most of his life in a shelter. We are honored to have him in our family, he’s a perfect little angel and we love him to pieces! 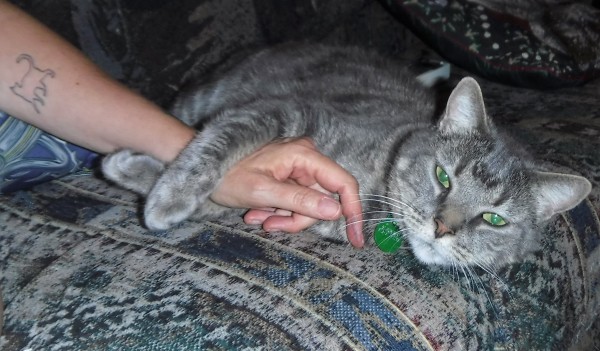 Be Your Own Hero

June was super cool because my book, “I Don’t Want to Be Like You” became available on audio! You can get all versions here: https://www.amazon.com/Dont-Want-Be-Like-You/dp/1726273261

My husband and I were thrilled to take some much needed private down-time, both by ourselves and with very dear friends. Hashtag GRATEFUL!

August is my birthday month. And I do mean “month” because it takes a whole month and then some to get together with everyone who is important to me. So, I say to all of you, Thank you for the LOVE!

Once again, getting away and spending time with our super awesome friends! Hashtag HAPPINESS!

This month was a double whammy of greatness! If it wasn’t cool enough that my book, “Be (Extra)Ordinary: 10 Ways to Become Your Own Hero” (https://www.amazon.com/Be-Extra-Ordinary-Ways-Become/dp/1733546227) was released, my fictional book, “Love Cats” which was out of print, got picked up by Pink Flamingo Media! (https://www.pinkflamingo.com/). So look forward to a second printing of “Love Cats” in 2020! 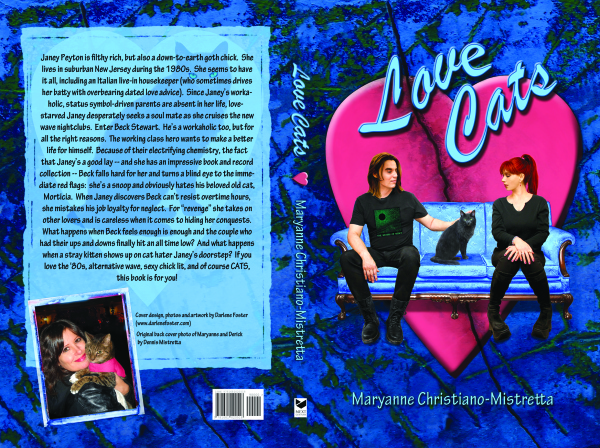 First printing of “Love Cats” now out of print. Second edition to be published in 2020 by Pink Flamingo Media!!

During the month of October, I completed writing the play, “Ain’t Life a Beach” for actor, Jesse Walker! It will be presented during the summer of 2020. Jesse Walker was also the first person to interview me to promote “Be (Extra)Ordinary: 10 Ways to Become Your Own Hero.” Check out the interview here: https://www.youtube.com/watch?v=G7_O5ZdsVNo

I was honored to perform my poetry at Neighborhood House Association. “All About Eve” was well received! You can view it here: https://www.youtube.com/watch?v=HyLorsfQig4

While many people get caught up in the hustle and bustle of the holiday season, it’s actually a wind-down time for me. I stay at home, sipping keto cocoa drinks and working on my next projects. I have some great ideas in the works…as well as some super cool surprises for 2020 which involve writing, speaking, and poetry!

I wish everyone a very happy, blessed, and prosperous 2020!

My husband and I do so much and see so much, it’s hard to keep up. I used to write about all the shows we saw in this blog, but it’s time-consuming especially when I also keep private journals. However, the following are truly stand-outs for 2019.

Well, I’ve been picking winners since I was a little girl. I’d watch the Miss America contest with my grandmother and right from the beginning I’d say who was going to win. When I accidentally came across the music of young artist, Sierra Ferrell, my mind was blown. She is truly the bomb! (Do people still say that? Well I do!)

When I first heard her song “Jeremiah” (https://www.youtube.com/watch?v=YEYSUpPirJM) I knew she was something special. I spent two hours watching her videos on You Tube (the perks of being self-employed). And, by chance, she happened to be performing, just an hour away from us in upstate New York.

For a mere $10, it was a kick ass show. I got to meet Sierra too, and she’s a little sweetheart. The punchline is, two weeks later, she was signed to Rounder Records! Hell, yeah! Now we can look forward to some new music from her in 2020.

Not that I’m going to run out and buy tickets to her show … but then again, never say never … I do have her CDs. Wow, I’m just so impressed with her cool, catchy, innovative, strong-spirited songs. I love Billie Eilish! Thank you for existing!

Last August Peter Murphy did a ton of shows, performing full solo albums and a few Bowie tributes. I had tickets to see the “Deep” show (and one of the David Bowie tributes, but it was canceled because Murphy had a heart attack — he’s okay now and performing again). Anyway “Deep” was one of my favorite Murphy albums and to see it performed live was nothing short of euphoric. My friend Jayne and I got close to the front and Mr. Murphy was so on the money; always a class act entertainer. As an encore, he did “His Circle and Hers Meet” from “Love Hysteria” — and wow, that just blew me over the top! This was truly the show of the year! I was so bummed that the Bowie tribute was canceled, but a taste of Murphy is better than none at all!

I’m so glad I caught this earlier this year because it ended this summer. It was very cool. There were three Chers (my favorite vocal — and look — was the young Cher, Babe), a Sonny, and even a Greg Allman. It was a fun-filled musical time-line of Cher’s life.

BEST MOVIE – “BLINDED BY THE LIGHT”

I like Bruce Springsteen, but having just one CD, I wouldn’t call myself a fan. But this movie totally spoke to me because it was about a writer who was inspired by music. (I’ve often been judged by  intellectual types who shunned me for being a writer inspired by music not necessarily other writers, so watching this movie it was like, “Ha-ha, fuck you!”)

There were so many moments I related to, especially the frustrations and ripping up your own work and throwing it out the window.

In the movie, there’s a scene where the main character’s father rips up his Bruce Springsteen tickets. Parents in my generation, Generation X, rarely understood their kid’s dreams. Generation gaps were huge and parents didn’t make an effort to know their kids like young parents today do.

I still cringe when I look back at the day my mother got mad at me, jumped on my bed, and tore all my Queen posters off the walls. Queen was the band that inspired me to write and be more creative.

So, this movie isn’t just for Bruce fans, it’s for any Generation Xer who had communication problems with their parents.

February was just horrible with one death after another. Our dear Bennie cat, our dear friend Daniel Popp, and WFMU radio icon, X-Ray Burns. Whew, it was a terrible, terrible month. May all these young souls rest in peace.

And of course we lose so many celebrities throughout the year, but the one that hit the worst was Ric Ocasek, who died on September 15. I was a Cars fan when I was just 15 and had their first album. I never saw them perform live, but my husband and I went to one of his art gallery shows.  As we were leaving, my husband said, “Wave to him.” We did, and he smiled and waved back. God bless his soul, he was an original.